Lutterworth-based chartered surveyors Wells McFarlane, have this month been ranked as one of the top five East Midlands most active agents for the sale and letting of office space in the region. The fast-growing consultancy completed over 65 individual agency transactions in 2014, representing over 190,000 sq ft of commercial space.In the annual Estates Gazette Deals Competition, which compiles rankings across all property types and regions based purely on the number of deals conducted, Wells McFarlane was ranked joint fifth in the East Midlands for the number of office deals completed during the calendar year 2014.Michelle Mills, director at Wells McFarlane, commented:  “This is the first time we have entered the competition and are delighted to see our name appear in the top 5 companies across the entire East Midlands.  This is no small achievement bearing in mind we have only the one regional office in Lutterworth.“Last year was a record one for our commercial property team in terms of the number of office, industrial and retail sales and lettings across our entire geographical area of operation,” explains Michelle. “The East Midlands Commercial Property market has been buoyed by signs of revival throughout 2014 and we are seeing this continue in to 2015.  Local businesses have displayed a growing confidence leading to increasing levels of acquisitions of commercial space.  This is linked to the rise in GDP growth and the upturn in the economy seen since 2013, all good news for the region.“The growing shortage of available stock across the region does however remain a concern, offering occupiers less choice and a rapidly changing market as stock shifts more quickly.  Our clients however are enjoying shorter void periods coupled with improvements in rental levels and reductions in the incentives being offered to occupiers across all sectors of the market.” Concluded Michelle.Established in 2004, Wells McFarlane now manages over two million sq ft of commercial property from its head office in Lutterworth. The full listing and analysis from the Estates Gazette Deals Competition can be found at www.estatesgazette.com/deals-competition/2014Media coverage:http://www.commercialnewsmedia.com/archives/34947http://eastmidlandsbusinessnews.co.uk/record-office-deals-award-for-wells-mcfarlane/http://www.harboroughmail.co.uk/news/business/surveyors-rated-as-one-of-the-top-five-in-the-region-1-6682456http://www.lutterworthmail.co.uk/news/business/surveyors-rated-as-one-of-the-top-five-in-the-region-1-6682456 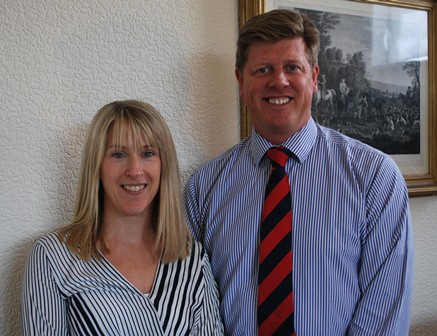