County chartered surveyors, Wells McFarlane has had much to celebrate recently. Following on from being ranked as one of the top five agents in the East Midlands in the annual Estates Gazette Deals competition, the Lutterworth-based firm has also been announced as Leicestershire’s second most active agent in a further award by Estates Gazette.To qualify for these rankings, Wells McFarlane completed a record number of transactions, representing over 190,000 sq ft of let and sold commercial properties and in excess of £1.5m in annual rental income for its clients.“This was a strong year and a record one for our commercial property team,” explains director, Michelle Mills. “2014 saw a resurgence in the East Midlands commercial property market with Leicestershire coming very much on the radar with the commencement of speculative office development and big demand for logistics sites.  At a local level, we have seen a high proportion of our stock being let or sold within a six week period of coming to market. This year has started positively and we expect to exceed the number of transactions completed last year. Winning the Estates Gazette awards has been a remarkable achievement for a firm with just the one regional office.”Now entering its 12th year in business, Wells McFarlane was originally established by directors Andrew McFarlane Holt and Trevor Wells when the pair sought to provide an ambitious practice that retained personal service and placed client care at its helm.Andrew comments: “It was becoming quite typical that as surveying practices targeted expansion or merged, the level of personal service and tailored advice declined. We were confident we could provide a more bespoke offering for both property owners and tenants.“Lutterworth presented the ideal base for the business; well located for serving our core markets of Leicestershire and Warwickshire, the town has excellent communication, road network and transport links, so great potential for future economic expansion.” Andrew added.Initially focusing on property management and acquisition or sale of development land, the firm quickly developed a reputation for its considered and pragmatic advice. Today, it employs a team of nine and has expanded its portfolio to encompass residential sales and lettings, planning guidance; development agreements and agricultural services.The last two years have seen the most significant growth for Wells McFarlane. Having completed deals with some of Leicestershire’s most well-known businesses including Next, Joules and ATM Automation, the firm now manages in excess of 2.5 million sq ft of commercial property space. In addition, its professional services team has successfully been involved in the planning permission and sale of over 2000 residential plots, largely fuelled by the need for all councils to have a five year land supply.Trevor Wells said: “With significant housing required for the years ahead, there will be continued pressure on councils to see their targets met. Land adjoining settlement boundaries, in close proximity to sustainable transport and local services, is well positioned to be considered and we urge those with land prospects to seek advice.”Most recently, Trevor’s team has also been involved in advising landowners on land which is now being taken forward for development under option for Distribution Warehouse purposes. “This has been an exciting project for us and should provide a further six million sq ft of modern warehouse buildings and logistics space within the county to meet the needs of large retailers and distribution companies,” Trevor added.Wells McFarlane operates from a Grade II listed building on Bank Street in Lutterworth. Its geographical area of operation encompasses Leicestershire, Northamptonshire, Warwickshire and the West Midlands.Media coverage:http://www.commercialnewsmedia.com/archives/37207http://eastmidlandsbusinessnews.co.uk/county-firm-celebrates-award-winning-year/http://www.business-times.co.uk/agent-has-plenty-to-celebrate/ 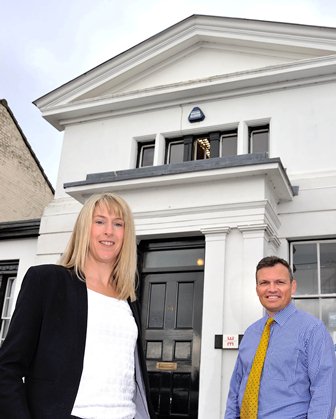